Week 17 and welcome back rugba leeg after a week off from pro club competition.

Week 16 and its still all footy, all codes.

Last week, I tweeted some data on what could be thought of as a trend... Melbourne, as below, were not the Melbourne of last year.

And the FMI forecasts picked up something - unusual. Backed up by their ranking performance, and erosion on end of season finish.
Then some hard data.

Next BL after the bye.

Bye couldn't have come at a better time.

Plenty of people will find ways to read data or deflect. This data is as it is as, and food for thought.

And thinking further, lets talk of the Suns. A week after the first tweet above, and now we have the Gold Coast roaring into contention. 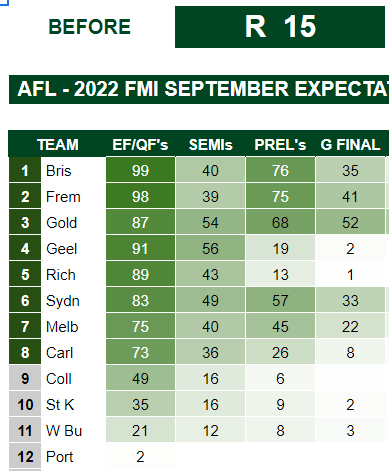 With their ranking points rocketing up, and their 'form' (unpublished data) currently at the second highest level of any club this season, with the best being the Demons in the early rounds, with carry-over from 2021. 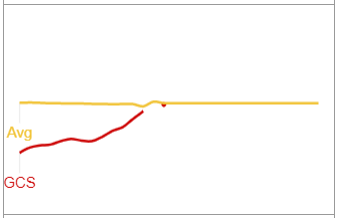 And the FMI SWARMS also show their improvement this season. 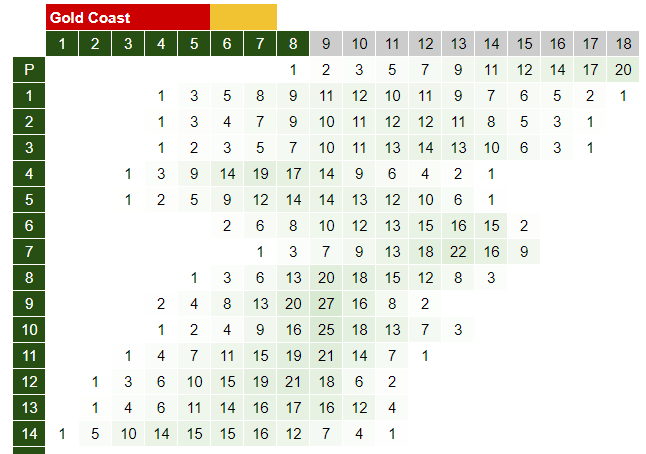 Which leads up to who of the other top 9 contenders the Suns have beaten.

So they have had a better test this season than Melbourne, with a better result to date (3/6 Suns vs 1/4 Dees).

Do we need to talk about the Suns (without mocking them. QFC-account style)? Because I'm beginning to think this is real.