Channel Nine: First With The Boo-Boos

Just for a laugh, and just because it was requested... here is one of the great cock-ups of the weekend... a "What Happened...? Wednesday" post.

Some time on Sunday this tweet dropped into our feed: 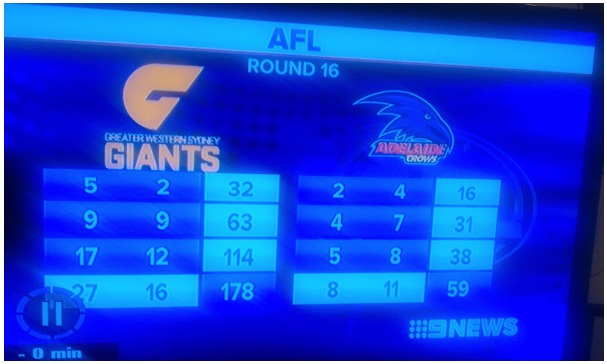 Which of course is a mistake from 'the news leader'. Clearly.

But for a bit of fun, and with some prompting...


So, here is the effect.
With the scores correct:

With the scores as per the Channel Nine screen grab:

So it would be a handy 22pt boost to the Giants, and a net 48pt turn around.

And in both cases, you know - the big GWS win as per Nine News and the big ranking boost, the AFLHQ boffins would be beside themselves.