07- Are You Goin' My Wayback Machine

So, the biggest talking point about his weeks games is...


Not the grand finalists rematch - ...Hawthorn v Sydney
Not the clash of two emerging teams of the season - ...Port Adelaide v Richmond
Not the must win battle to cement a top eight spot - ... Fremantle v Collingwood

But a re-living and retelling of a game from 20 years ago. One of football's most incredible games, sure. But nonetheless, a moment in time from a generation ago. 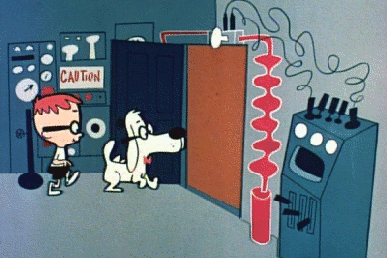 So its come to this. A trip in the wayback machine to a remarkable game from 20 years ago, between two bigger Victorian teams.
This overshadows the Grand Finalists first meeting of the new season.
The same two teams that put on one of the great Grand Finals of the past 50 years. A classic.

So what does that say about the Grand Finalists rematch games?
- Not good enough as a season opener.
- Not good enough for Anzac Day.
- Pushed to round 7 - Mothers Day weekend, where people have other things to do.
...and then finally, the ultimate insult, as it is lost in the press and media consciousness that celebrates a game from 20yrs ago.

Yep, Geelong and Essendon are both 6-0, which makes this match important. But in the context of the whole season, who could argue that the biggest game of the year is still not the one between the two best teams of last year? After all, Sydney and Hawthorn are...


And while we are playing catch-up, it looks like the Herald-Sun has caught up with the news that AOD-9604 is banned under WADA code S0.
But has Essendon already announced its 'out-clause'?


"Despite the Herald Sun yesterday revealing details of Essendon's consent forms - which listed weekly injections of AOD-9604 - the club said it did not prove any player used the substance."

A bit like experimenting with drugs but not inhaling.


THE TIPS:
Following last weeks Triple Sunday of Blowouts, this week its a double header of close games.

We are tipping Melbourne v Gold Coast and St Kilda v Carton as the closest of the weekend.
But in reality, you could argue as many as 6 of the games this round could go either way.
Such a different round to last week. Good luck tipping 9 this week.

THE MEZZOCULO INDEX:
Great past form highlighted by the position of the bubble on the chart, and expectation on future success are better with bigger bubbles.

The good thing about reaching back 20 years ago to that Essendon v Geelong game was that this monster track was number one in Australia at the time.