A shortened version of the tipping blog this week, as the Institute has done a bit of touring about this last week... you can last just so many hours behind the wheel before going mad.

And while we usually don't like swimming in the 'tabloid end' of the news pool, seriously... what is going on here?

School children will be banned from trading footy cards at a suburban primary school to protect younger students.

Depriving kids of footy cards deprives them of connecting with some of the greats of Australian Football and the classic football trading card imagery... The full hair and beard experience of Garry Baker.
The great John Pitura in a South jumper before he disappeared at Richmond.

Terry 'squirrel grip' Wheeler going the punt in the gloom at the Western Oval.
Action, thrills! It's Stuart Trott! The 70's glamour boy at Glenferrie. 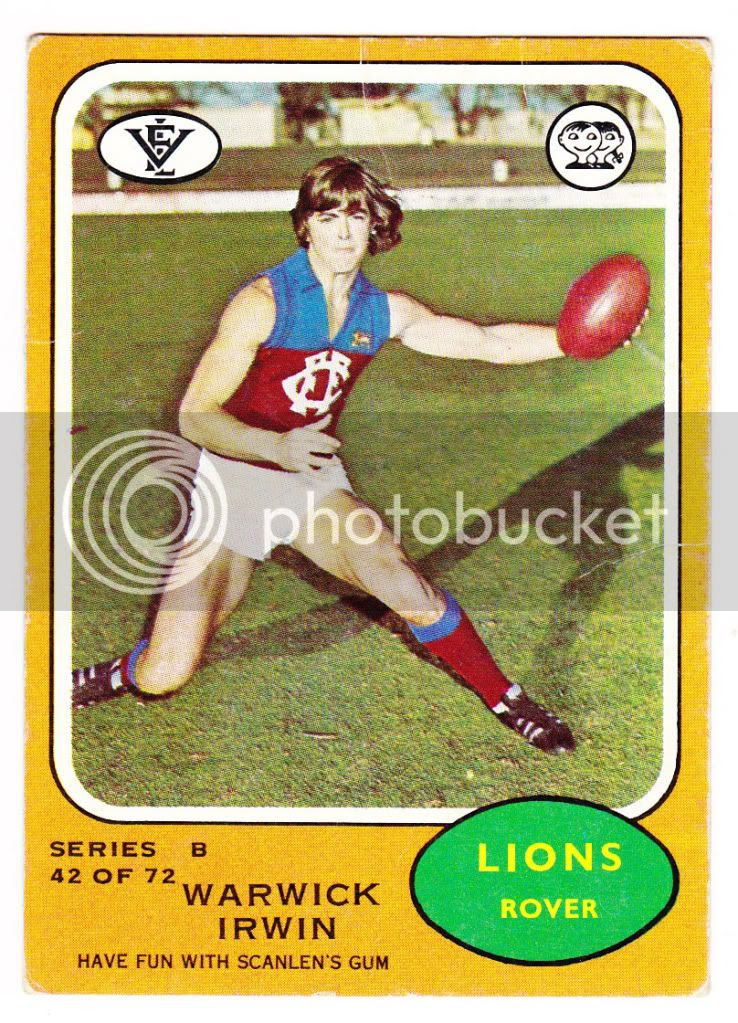 Fitzroy (and later Collingwood) rover Warwick Irwin in full flight, on the baulk.
Ivan Maric!!! What!?!  How did that get in there??


Hmmm....
On second thoughts, it might be best to ban these cards after all.


THE TIPS:
Three very close ones this week, 2 blow-outs and a one mid-ranger.

Not sure how Geelong and Collingwood will go on these games... hard enough to drub the opponents, or a bit of a vacation round before the bye...
Lest see what happens on the day(s).


THE MEZZOCULO INDEX:
The six non-playing teams are removed from this weeks index, leaving the Suns as the in-form team, and the Saints as the worst (which we mentioned yesterday).

Do not want to drive anywhere this (long) weekend!