There has been much media tall of the 'match day experience' at footy, and how clubs can better make their ground have more of a home ground feel.
And watching a soccer game this morning gave us an idea, cheap and effective.

We feel what is not needed is all that guff about crunkers and pop-n-lockers, and the lets be English sing-alongs.

Call us here at the FootyMaths Institute old and relics if you like, but a simple and much more effective option would be a good start.


Here is our idea.

Have a look at this screen grab from Valencia hosting Barcelona in the Spanish 'Primera División' and tell me what you see... 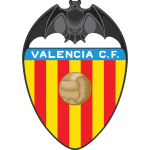 All in a uniform colour pallette. White on black.
These are not specifically the colours of Valencia (at right), but are represented in their playing strip.

But in seeing the stadia decorated like that, had us at the Institute thinking of how both multi-tenanted stadia and clubs playing at shared venues could boost the 'home ground' feel of the venue.

For many co-tenants, this image at right is what they get offered.

A stadia, usually with a few more fans on seats that at right, but also with various advertising logos and company names be-decking the tier level precipices.

And from this one image, look at the melange of colours - there are blue signs, green, white and possibly a black sign as well.

And in this image of the Docklands its is similar series of colours. The mishmash of  'advertisers palette' creates nothing more than a canvas of colours, fonts and designs.

Certainly, at the M.C.G. there is ground level signage sold to clients of the MCC and the AFL's major partners, with the higher level advertising was (typically) sold to match day home club sponsors, as confirmed by the M.C.G twitter account.


@Footy_Maths: Home club would bring some of its sponsors in for parts of parapet signage. Unsure of ratio, but would differ for each team.
— Melbourne Cricket Gd (@MCG) December 1, 2014


And, as will come later, it is worth noting that...


@Footy_Maths: In the 2014 AFL season, a company called Stadia Media sold the advertising inside the stadium, on behalf of MCC and AFL/clubs.
— Melbourne Cricket Gd (@MCG) December 1, 2014

So our simple approach to creating a more 'home game atmosphere' would be to follow the Valencia approach, and take to the advertising hoardings with a universal pallet based on each clubs colours.

This of course would take co-operation between a club, the MCC, their media sales partners, and that clubs' sponsors.


- - - Will some sponsors insist on using their branded colours...?

Yep.
But what is the objective here... keeping sponsors happy, or enhancing the experience for *ahem* consumers of your product, the actual football that people pay hard earned coin to watch?

Well... that almost sound like you could sell that advertising a higher rate!
Imagine that!


So here is a chance to connect with fans better on the day, and onward as well... and it sends us back t the future.
Back to when a club playing at home could have its surrounds decorated in its colours*.

So less of this, and more of a return to traditional backdrops.

And as once floated on twitter, you could do exactly the same with sponsors on jumpers.

Just have a look. Much room for improvement. 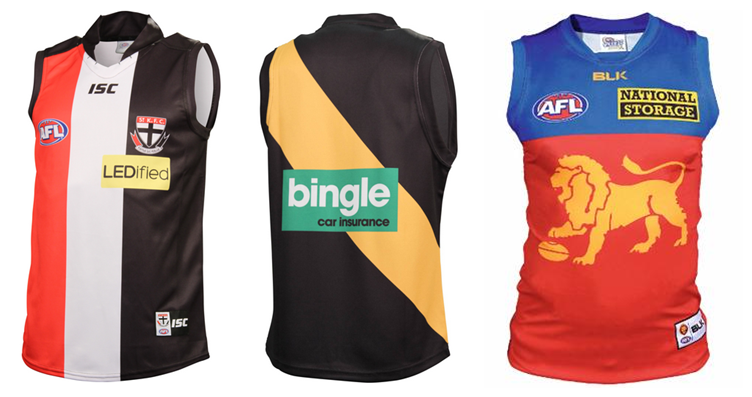