Port Adelaide blitzing the field this year - a brilliant start, to 2014, but GWS stormed home to improve week-on-week 8 times over the year.
Collingwood and St Kilda tied with 5 weeks each as worst performer. 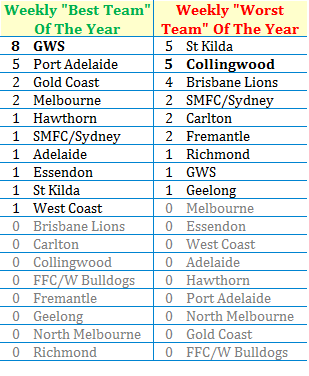 -Blow out bin-
Teams beaten by 60+ points get dropped into our Blow Out Bin every week.