There is a real possibility that the A-League will need a home on Melbourne for its Grand Final. Most likely it will be Melbourne Victory as host. Victory have just over 24,000 members and draw just over 26,000 at home. For finals, and a Grand final, they draw more. Much more. Up to 55,000 or more.

Given those sorts of numbers, then you must look at hosting it a Melbourne's three best footballing venues.
And even then, one of them is too small. 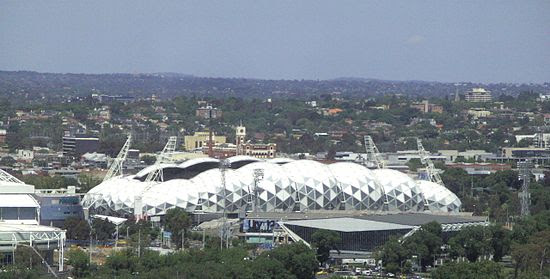 
The best viewing venue for (soccer) football in Melbourne makes it the ideal host venue.
But with a limited capacity it has to be ruled out.

Capacity is around 30,000, so it will be booked out quickly and tens of thousands will be forced to miss out.


The nations premier venue. It would be a huge feather in the A-League's cap to have its Grand Final played there.

But with the full house board put out when 100,000 seats are sold, its just too big to be in serious contention.

And fans are seated so far from the pitch, as the image shows. 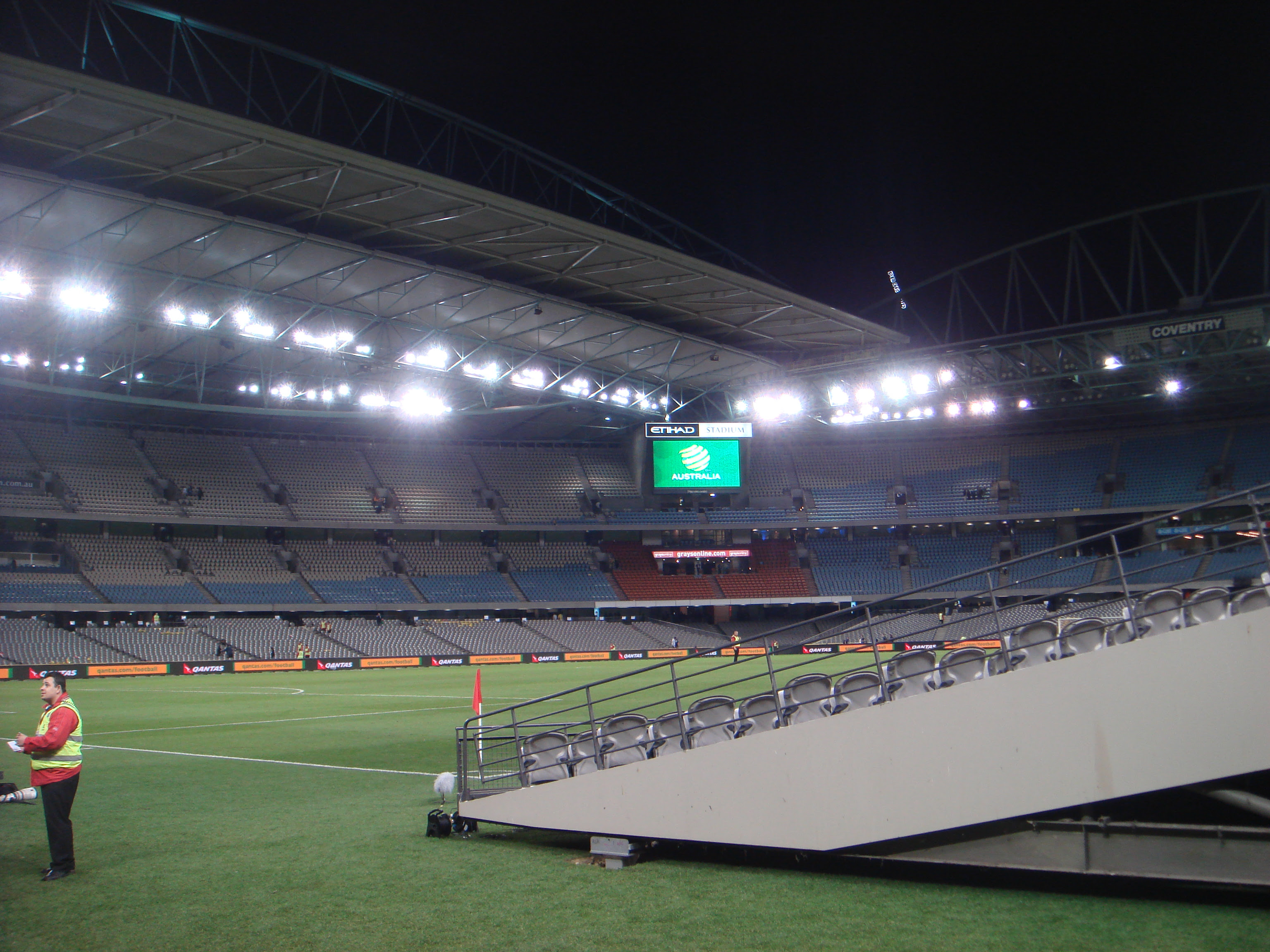 
With a capacity to hold enough supporters to get close to and maybe even become a complete sell out, Docklands fits the bill.

Further, with the moveable seating on both sides and each end, it also helps in accommodating fans with the best viewing conditions it can.

There are a few problems with te Docklands Stadium hosting the A-League Grand Final though.


The current plan by the A-League is to play the final on 17 May.
Which clashes with the AFL who also have scheduled a football match that day, as per the list here.

So the current thinking is to move the Western Bulldogs vs Fremantle game to Geelong's Kardinia Park to make room. Which of course the Bulldogs have rejected. And rightly so.

So how do we make space for the A-League?

Well there are two options that work, and both involve moving the Western Bulldogs game...  to the Docklands!

Scenario One: Night and Day.

The current saturday night games are scheduled for games in Sydney and Perth, with no other distractions in Melbourne that night.
So why not move the Dogs game to Saturday, and push around a few other games to suit?
Look at a scenario here for example.

The choice here is to create two games at the Docklands,as the Dogs game moves into the Saturday 1.10pm slot, and Carlton moving to the 7.20pm slot.

To move Calton to the night slot at Docklands, the West Coast game moves to 4.35pm (2.35pm local).


This gives the Docklands staff a few hours during the afternoon to turn the ground around between games. Preparation of sponsors advertising and other corporate hosting needs can be accommodated in that time.

It does leave an overnight and daytime for the staff to post-AFL prepare the Docklands seats and pitch for the A-League. Possibly a tight schedule.
If the Final is played at 8.00pm, the extra hours would help.

A real problem with this scenario is that the Carlton vs GWS game is on Saturday night.. and we just don't need anymore prime time Carlton games.


Scenario Two: Back To The Future

The other workable approach is to copy an old VFL idea from 1986.
Anzac Day 1986 saw the MCG host the VFL/AFL's first double header. Melbourne played Sydney at 2:10, with North Melbourne playing Geelong at 5.00pm. All on the one day, and all on the one ticket for the fans.

So lets move the Dogs to the 1.45 slot on Saturday and back up that game with the Blues / Giants game as well.

And why not!
Its fair to say that both fixtures are not likely to pack out the Docklands.

Playing both in the early day and twilight slots gives Docklands staff a few hours extra to reconfigure the ground for the next day, and there are minimal changes to the rest of the AFL fixture as well.

Scenario two is such a simple change, with minimal alterations. A near-perfect solution to accommodating the biggest game of the A-League season in Melbourne.

But for one small problem.
Why would the AFL move anything?
Why would they offer a rival a free pass to make hay?

Exactly.
It wont work unless governments take action, create a situation where both parties feel 'compensated' and comfortable with any arrangements.

And with less than a month to go until the A-League Grand Final, the time is now for any arrangements to be made.


At the end of the day, as John Carr wrote, many of us feel


"The culture of each game is something which should be celebrated, or at the very least tolerated. ... I’m not asking you to like all codes, but let’s stop this nonsense fighting and realise we’ve all actually got a fair bit in common, but thankfully not too much."

* Seating data, images and AFL fixture timing from Wikipedia
Posted by The FMI at 13:18