Less than one month to the start of the season proper, so to get you all in the footy mood its time for a content flood.
Sourced from this website, and others... around the web, around the nation and the globe.

There was a school of thought back in the late 60's or so that Football was of the people and for the people, and not associated with the Arts or 'classical' culture. But after than, through the 70's they began to be come intertwined, as noted in the recent Konrad Marshall article about Professor Ian Turner.

As football followers, we are all better off for it too as it brings in new dimensions to understanding football.
Today's FootyCountdown looks at the art of Jim Pavlidis, who has his own web page filled with prints, paintings etc (some for sale) that has footy art and others from his portfolio. SOme of the art is inspired by the game and its people, while some is intermessed with images from the classics and other works of art of some repute.
Jim is also a regular contributor to The Age, providing illustrations on football, often nodding to the classics of 'art'... both in an pure-art sense, and in the footballing sense.
He has also produced a few Footy Almanac covers as well.

Head on over to Jim's page and have a look.
And if you find something nice, there will be a price, I'm sure. 23:  TUESDAY FOR THE PEOPLE - INFIDELITY

There is a feeling among some of us in footy that once you choose a footy team you are locked in to that choice for life,

For most, its a fair enough premise, and we all stick fat. And equally we all pour scorn on those who change teams to jump on board a winning squad. Personal experience has a neighbour moving post-grand final loss to the victors. Including photos with the players. That relationship didn't last the month. 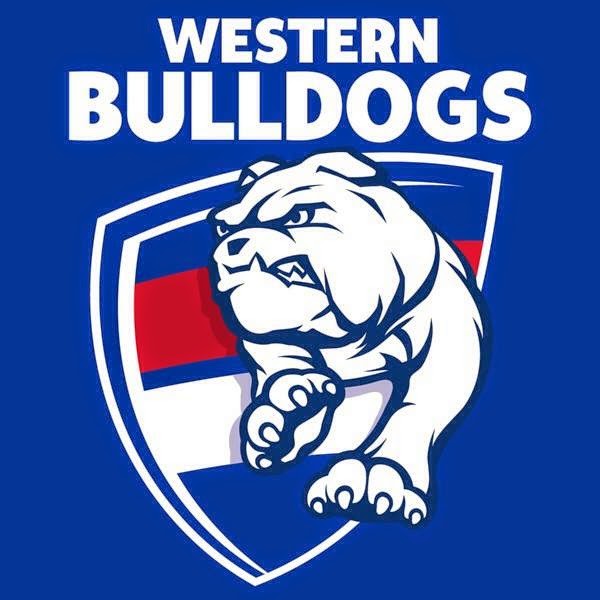 But as football people, we are all generous enough of spirit to allow some people to switch sides, given the right circumstances. Not the "I'm on board to ride a winning wave" lot of miscreants. The other types who have deeper affinities with club and region.
For example, the emergence of a team representing your area is valid. Equally, becoming involved and em-meshed into the culture of a club and its community... a footballing 'soft power' approach to winning friends and influencing people.

Which brings us to today's Footy Countdown topic of people and their club of choice. This Tuesday it is the story below, of physical movements across Australia, and emotional attachments in a new area. In his own words, here is the Member for Gellibrand (encompassing Footscray etc) Mr Tim Watts' story, from the Footy Almanac.
A Certain Infidelity: Bearing All (sic – as you will see)

As generous football people, we do allow and even encourage team-shifting like that... where the spirit engendered by club to its community draws people to them.
Even in the rockiest of times such as when coaches get sacked, players leave and all looks dark.

"I still feel ashamed about it. I’m embarrassed to think that I could disappoint Jonathan Brown or Michael Voss. But the reality of it is that my heart lies elsewhere now."

A grand day at the footy was had by all yesterday as Essendon were hosted by Carton in the pre-season competition.

All 19,000 were squeezed into what was left of the old Princes Park, so today seems like a good time to re-visit that ground as part of Footy Countdown - History Monday.

There is probably no other finer resource on all things Carlton (FC) that the Blueseum site, so fillow this link to selected articles around the history of PP.
History of Princes Park

What was interesting is of course that the site proposed originally was a lot further south and closer to the University.
That and this slab of text is also of interest... that PP has not always been home for Carlton.

"The Blues were hampered by the inability of not being allowed (by the Melbourne City Council) to charge for admission, unlike all the other teams whose local councils promoted their club. Carlton used the Princes Oval on and off through this period till 1897. However, the M.C.G. was Carlton's home ground from 1885 to 1890. Then the Melbourne Cricket Club took over the Melbourne Football Club and that ended the Blues' tenure. East Melbourne Cricket Ground, the University ground, the Warehouseman's ground, the M.C.G., and even Victoria Park were used as home grounds as a charge for admission could be made."

Am interested if anyone can advise on where the "Warehouseman's ground" was located.

And for a 'just left for the Docklands' view of the old Princes Park, Billy Miller's video is worth a watch too.

For the next bit of the Footy Countdown, its a Sunday newspaper tl;dr type of afternoon, with two pieces around the same topic. But un-like in all those Sunday newspapers I bought but couldn't be arsed reading, you should be reading these stories.

First its the John Deveney story of what happened when the best of the North West Football Union took on the Best of the southern based Tasmanian Football League. The amazing story of the unique 1967 'State Premiership' between Wynyard and North Hobart.
Read on...

While ostensibly the Deveney tale is about the actual game played, is also highlights the divisions inside Tasmanian football at the time. And not just the well know 'North-South' divide, but the reality of the 'North-NorthWest-South' divide.


There is a little more on that State's footy divide, as well as a few of the colourful characters involved in the 1967 Goalpost Final in this article by Pete Hay.

It is also a lamenattion for the demise of Tassie footy as well as the more 'pure' footy before it became a business.
And before the politicking and attempts to mash together three strong and disparate competitions into a unified being took place.

What a truly unique system Tassie had in place. Three separate competitions that fought for the overall state title. All gone now, and all the good will gone too, as highlighted by this from Martin Flanagan.
Such a shame.

Lets return from global footy to a local empire on the rocks. And there is no one better to look at the good ship Carlton's self steered run aground than The Peoples Elbow over at the Footy Almanac.

Here is his assessment of the course for mediocrity set in recruiting by the brains-trust at Princes Park.
Go back to where you came from.

It is the Elbow in great form (as always) and a welcome return to the Almanac. No one picks apart Carlton better. Enjoy.

In yesterday's introduction to the Footy Countdown, the team from the Footy Gospel podcast interviewed Brian Barrish from the USAFL about Australian footy in the USA, and the then upcoming '49th Parallel Cup' between the USA and Canada, to be played in Broward County Florida.

What better way to follow-up all that USA Footy talk on a Friday than to sit back and watch the action.

Its Friday night footy under lights, on delay and via YouTube!
And you get choices too. The men's game second below, or the women's game immediately below. Even better. watch both! 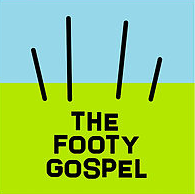 To start off the series of posts, its the podcast audio from the @footygospel crew.

During the past two seasons the Footy Gospel crew of Danny (@DannyPinn1) and Josh (@JoshCPinn) have produced a season-long weekly footy podcast from NSW, focussing on the weeks news and results.
Along with a website and blog, the podcast has also grown to include interviews with footy-related people, a tipping comp, guest hosts and merchandise.

A great example of their content is the 2015 Round 18 podcast, where Josh interviewed the USAFL's Media Manager Brian Barrish on what is happening in the USA around footy, as well as the usual weekly podcast with special guest host Adrian - aka @NABFW on twitter, and of the Another Footy Writer blog.

Listen and learn. Its a good 100 mins of footy chat.