The final week of FootyCountdown - The season is almost here, and FMI still brings you a footy post every day until first bounce.

The last FootyCountdown post is also another post on footy art, and how the game links to our soul and spirit.
Mike Hugo started out visualising footy data under the GoalSneaker project, but has since moved on to creating art of the places we know of as 'Footy Places'.

Be they from the golden West, Mike's homeland of South Australia or the lost (and found) grounds in Melbourne and beyond, Mike casts his eye over them and renders familiar scenes. 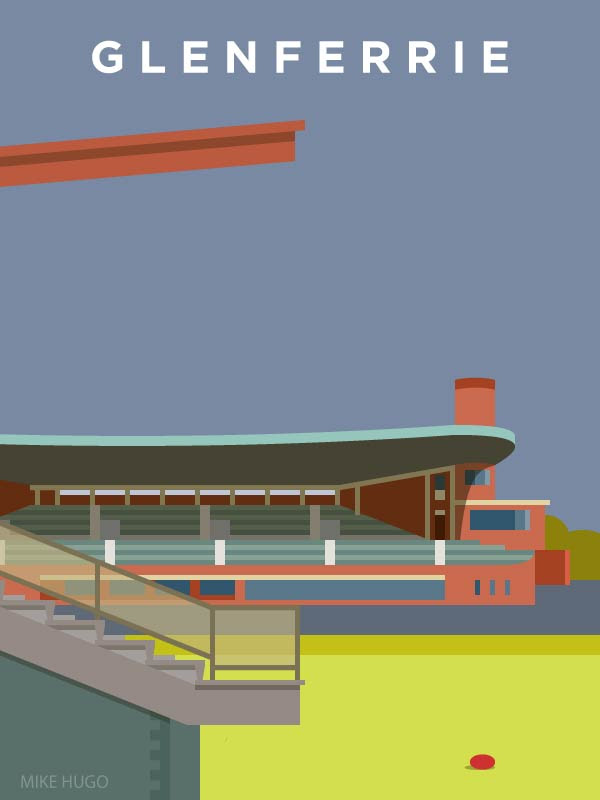 They are wonderfully composed and very detailed graphics of grounds, views and stands known and less familiar.
All available in an array of format, from the wearable to frame-able, over at his store at RedBubble.
Take a look and find your favourite.


2: THE DEBT - AN ENGLISHMAN WHO WE OWE VERY MUCH

As we near the end of the FootyCountdown, the look back continues. The origin of the game itself was explored yesterday, with the Roy Hay assessment that the waves of migrants to Victoria in the Gold Rush era was the germination of the great game. From that assessment, we owe a debt to those well before us who fused the Irish game to rugby and Marngrook, to make the game we see today.

But there should also be anthoer individual Englishman that the footy follower should also pay regard too. He is not the already lauded H.C.A. Harrison nor Tom Wills of the 1850s and beyond.
But another Englishman of our times, who has reached back into time and from across the seas to document the history and landscape of Australian football.

The John Deveney is documented twice by the 'Australian Football' website, which is one of the great archives of information on players, clubs and leagues stretching way back. That website is now the depository of the majority of John's writings and research, originally listed under the website called 'Full Points Footy'.

Along with the webpages upon webpages of information, John has also published football books as well. And all this comes from a life mostly lived in England, and a brief period as a child in Adelaide where the footy bug bit, and bit hard.

Read about John in the below two links, and appreciate that a great deal of the minutiae of the Australian Football story has been collated and documented by John. A service that has yet to be appreciated by the self-appointed 'guardians of the game'.

3: THE FREE KICK ALONG... OUR HISTORY

This edition of the FootyCountdown is via the good folks at the FootyAlmanac, who actually link us further to real actual published historical research.

The Almanac article (linked below) is a kicking off point for a bigger article by Roy Hay where he links football starting and developing its strength in Victoria to the waves of immigrants through the 1850's to 60's.

The Gold Rush brought hundreds of thousands. Some Irish and some from the public (rugby playing) schools. A blend of those games, perhaps influenced by Wills and the 'Marngrook' he saw in Western Victoria, helped shape the game. Further, that mass of men, once free from the diggings, saw sport as a pastime to fill leisure days

Any student of footy history should get the article (free for download until May) and study it.


Footy’s first free kick: How and why we got a game of our own

Fo the 'big read' on Sunday its a lot of football talk for those interested in the behind the scenes stuff. And one of the biggest issues in the McLaughlin 'IN' tray at AFL HQ is the next collective bargaining agreement (CBA) between the AFL itself and the players (as represented by the AFLPA).

The below is a very in depth look at the ins and outs of the CBA, and the players in that theater. Covering the current CBA, and past events that lead up to this negotiation, as well as possible outcomes are covered.

Its a very complex and layered issue, with many parties involved, not least of which are the big wigs at HQ, the AFLPA and the clubs. Of course other stakeholders are also pulling on the strings too... paying punters wont stand for a lockout, nor too the broadcasters and sponsors.

It is a wonderful piece by Ryan Buckland, and is a bit of a 'magnum opus' on the subject. Its a very worthy piece and you wonder why this depth is not produced by the main papers, as it should be right up their readership.

A few bits of video for today's FootyCountdown post. A documentary of life inside a club under pressure.

A series of video's that captures life inside a struggling team that went through turmoil prior to the start of the 2015 season. We get to watch that turmoil unfold, and then as the season progresses how the club comes out stronger.
Its a remarkable bit film-making and deservedly won an award.
The 'Sons of the West' Series is well worth your time, so click the links below and view a worthy football documentary. 6: FRIDAY NIGHT FOOTY IN THE SUBURBS

In the first week of the FootyCountdown, we had a Carlton game on at Princes Park, so in that week a few links to history pieces about that ground were threaded into the blog series.

Rounding out this week and concluding the FootyCountdown is another Carlton game that kicks of the season.

So for Friday night FootyCountdown, here via the marvels of the YouTube is Carlton hosting Richmond from 1997.
Carlton needed to win to make that seasons finals series, and Richmond had nothing to play for, and a caretaker coach at the helm in his fifth game.

The place was loaded to the brim with just under 35,000 inside and more turned away. Old foes, a suburban ground when footy was (arguably) at its peak.

Its normally Podcast Thursday on the FootyCountdown, but this week it's different - its stats analysis! (2 new Dad and Mog Pods here and here,if you still need some audio footy chat)


If you are a keen punter, or even someone interested in looking at expectations on footy outcomes, then the FMI site could be one chief reference points (and if it is... *sniggers*).

Somewhere you should also look to for some wonderful stats based content is the wonderful MatterOfStats website run by Tony Corke. This is genuine-depth analysis on footy stats as well as a multi-tiered system for footy tipping and such.
(And the usual FMI caveat applies - data for consideration only, kids! Please... No wagering!)

The depth is there for all to see, and in recent posts Tony has ramped up his visual graphic presentations of data with some very interesting outcomes.

Tony's recent series of posts over the non-footy period on conversion rates are also worth a read (yep a bit heavy on the maths, but still worth your time).


The Informativeness of Scoring Shots: How Robust a Conclusion?


Revisiting the Empirical Evidence for the Predictability of Conversion Rates:

These appear also to have been a stepping off point for a rather spurious call to remove behinds from football.
But of course it's The Drum, where the Tracer gets a gig, so why not shout about piffing point posts out the window. Any notes or thought to rushed behinds or hit-posts rules? Or that the dynamic and tactics of the game would change?
Maybe next Drum article...


Ahem...
Aside from the data visualisations and conversion analyses, Tony is also a friendly competitor / co-supplier of footy tips and rankings for the general public to digest and analyse.
If you don't have his blog as a regular read (or follow @matterofstats oth the tweety), then you should. 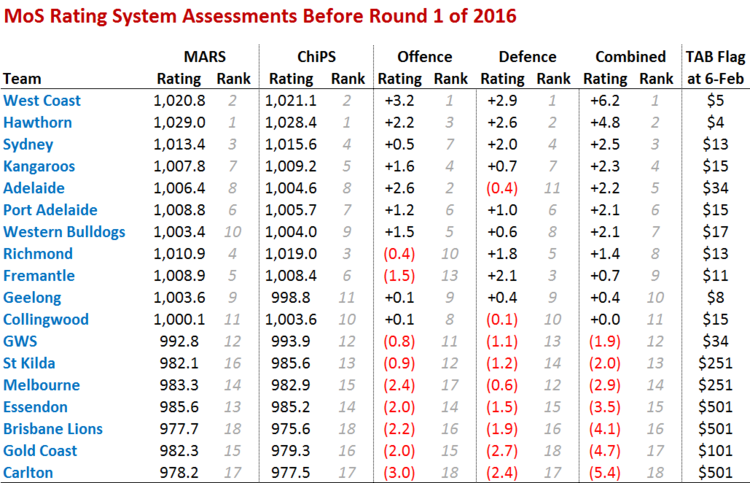