Season 2016 has brought draft picks and tanking talk to the public mind earlier than any season before. The decline of the 2015 minor premier Fremantle, the dysfunctional Lions, and the obviously depleted Essendon are all tracking to the wooden spoon and the first pick in the 2017 draft.

And all have been involved in discussions around last place, tanking and whether any of the teams 'deserve' the coveted first draft pick, particularly Fremantle and Essendon.


- "why should a minor premier be rewarded with a first draft pick when the club is holding back returning talent and tanking?"

- "how can the League justify rewarding a team that has finally been confirmed as 'cheating' with a first draft pick and the opportunity to reload".


And a lot of the talk, as Cameron Rose points out, is just media filler and knee-jerk reactionism. The draft is an AFL-deployed strategy to distribute new talent, and as a result can be played strategically as well. Not that it ever really happens... right? 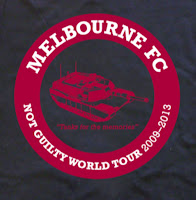 Of course, what really happens is that once the door on the finals has been slammed shut, then the planning for the next season begins.
New kids are played and tested, older heads given treatment and if needed operations. And some retire.
Not tanking as such, but 'strategic' team selection.

It is this blog-posts objective to propose a new way to allocate draft picks, but based on existing and simple principles.
It does not do away completely with any notion of teams 'tanking', but it does make it harder for teams to be rewarded for a single season of 'tanking'.
Reducing the carrot that is the unintended 'reward' of a high draft pick received via "preparing the team this year for the next season".

The option of tanking for one season now becomes a harder choice to make.

The draft rewards poorer performing teams with access to the best talent first, and has been effective for many seasons at competitive balance. But the perceived difficulties faced in the 2016 season highlight a weakness in its implementation.

As the current ladder sits, Essendon receive first pick, and Fremantle third and the above comments around the 'fairness' of all that has arisen, and the din will surely escalate as the season wears on. "Two recent finalists being rewarded when other struggling teams miss out" will be the cry.

And the weakness in the draft order determination is that it is calculated on the outcome of 22 games only. So by round 11, with 1 win in the bank, it becomes an easy choice to benefit your team by playing the kids ready for next year, as well as getting a bonus high draft pick top up as well.


Priority picks were also introduced by the AFL as an additional 'award' to the poorer performing teams of that season, allowing them to boost their stocks with additional talent to redress their performance. These are now discretionary (after a request by the club), though at one stage were subject to a formula.

It could be argued (and has been) that 'priority picks' are also incentive to tank. And why not? If your season is a flaming wreck after 10 rounds, you may as well dive in for a basin full with the double dip offered via the priority pick.

Fixing tanking has been an oft discussed topic, with no real 'fix' provided. Offered up to date have been ideas around draft lotteries where the 18th team gets 18 balls in the lottery, 17th gets 17 etc right up to 1st who gets 1 ball.

This looks good in theory, but does not solve tanking, as teams will still want to maximise the chance of a high draft pick by falling as low as possible to get more balls in the mix. Again, if you want a better crack at next years draft, you just need to 'throw out the anchor' this year and grind to a halt.
The option also remains of a full draft lottery awarding a better ranked team with the first pick remains, and is unacceptable.


Another proffered 'solution' is the idea to only provide a draft lottery to the bottom four teams (or bottom six teams, or <draw your arbitrary line here>.
This idea has merit in that it reduces the possibility for a high draft to be allocated to a team higher up the ladder via the lottery, but it still remains that if you want a better draft pick next year, then you can tank this year to get it.
It also moves the 'line of minimum tanking' higher up the ladder. For example, with the bottom four teams entering a draft lottery, then teams from 12 to 14 could also be drawn into a tank-a-thon in July. Get into that bottom pool, get your 'reward'.


The key in both examples above is... time.

The draft currently is arranged year on year, and only on the immediate past seasons outcomes. A total of 22 games per club determines the fate of the next intake of players. The same total of 22 games can be 'gamed' by savvy officials to improve their lot in a single year and prepare themselves for a return to better days in the following season.

A more effective way of rewarding the poorly performed is to add in more inputs.
Increase the time frame.
Look at each teams performance over more seasons.

If teams have been playing poorly for an extended period, then they get access to the better talent. Those who had an 'off year' for what ever reason do move up the drafting order, but not as much as based solely on one season


Lets look at where the 2016 season is headed, and pay attention to the Fremantle / Essendon cases as noted above.
Currently, Brisbane and Essendon sit at the foot of the AFL ladder, and Essendon hold pick #1 now, with Brisbane holding #2. Fremantle have #3 (as at round 12 end).

The below window has three tables inside it (just use the scroll bar to move down to the others).
First listed is the 'Two Season' concept, where the 2016 season (YTD) is combined with the 2015 ladder. 34 games (as at Round 12) now make up the pool of data used to determine draft order.

This changes things slightly as Brisbane now hold #1 pick, and also have a 2 game buffer over Essendon. Fremantle move to pick #9, and given they were 2014's grand finalist and 2015 minor premier, that's still a very good pick to get.

*Note - in all data below, the end of 'home and away' season data only has been used. No post-season play has been added.


With Three Seasons of data, the single poor year of both Essendon and Fremantle is now 'smoothed out' further, and the reward of better draft picks heads off to Brisbane for pick #1 St Kilda have #2 and Melbourne have pick #3. The 2016 leading contenders now move down the order, with the Bombers taking #6, and #14 becomes Fremantle's first pick
The recent-historically better performed teams are now not able to dip into a higher pick bracket.

Four Seasons of data is a further scroll down, and again the pick positions change. Now Melbourne move to 1st. Essendon and Fremantle both move one spot down the order to 7th and 15th respectively


Of the above scenarios, the more favourable option is for Three Seasons of data to be used.

Two Seasons is again limiting and restricting, and could be 'gamed' more easily. A poor single season could be deployed to drag down a fair one and activate higher picks.

Four Seasons is too long a period for consideration. Each draft introduces about 7 players to a roster. That's a potential over the four seasons to have had 28 players come and go from a team. The results from most distant of the four years loses relevance.


It should also be noted that there is now no need to offer 'priority picks'. If a team has a sustained period down the bottom, then they gather higher draft picks over a longer time. Priority picks are for the bin.

The other benefit of the proposal is that the team that has a very poor single season (or a exceptionally good single-season) has the affect of that not delivered in a single draft but impacting three drafts.

If a draft year is considered to be weak, then a team is not overly affected by having its key shot in that weak draft. Also that team will have an improved pick position in the subsequent drafts

A case study should also be added to the above to examine 'what ifs' the proposal is applied historically.
To consider any case studies, the list of potential (and as always, unproven) tanking incidents complied by Adam at the "Every Day Is Like Sunday" blog (aka Demonblog) was used as good a place as any to start.

[sidebar]
Adam's "The Tankquiry" page is a ripper and worth your time to read. A selection of the (non)taking events have been extracted here for reference.


1999 - Round 22, Fremantle quite happily lose at Kardinia Park and pocket Paul Haselby

2004 - Round 22, Richmond lead at quarter time before losing and therefore securing last place

2004 - Round 22, Western Bulldogs win in Round 21 then drop five goal hero Matthew Croft, lose the last game and get a priority pick

2005 - Collingwood get to five wins in Round 14, then lose the rest of their matches and get a priority pick

2007 - Richmond have the chance to win and jump over Carlton into second last - then blow a three quarter time lead, lose and finish last

2007 - Carlton get their fourth win in Round 11, pack away Fev and lose the next 11 including R22 when they didn't both to tag anyone.

The system proposed would have granted Melbourne a higher draft pick regardless of whether Jordan McMahon kicks this goal or not.


Further, the calculation on data for the seasons before and after also yield Melbourne more early draft picks. Accordingly there is no need to provide one-off priority picks, as the accumulation of data 'smooths' the selections season on season.
To highlight this, here are Melbourne's position in the draft order in the years around the 2009 'year of the tank'

The movements in draft position can be seen for all teams in the table below, stretching from 2002 to current, under this adjusted proposal.
As well, you can link up the data below to Adam's list of un-prosecuted and alleged tanking and find out what could have been a better outcome.

The proposal above doesn't fully deter any team from 'tanking' or gaming of the system. It also doesn't deter coaches and teams from blooding new players at the end of a campaign.

It does make it harder to outright tank in a single season as the weight of numbers from the previous two years impact that teams draft position. As too the results of the other teams over the three year run.

Further, the three year inputs that include one poor season (or exceptional season) smooth out the effect of the single season. No team gains instant draft gratification, but instead will receive a lighter draft impact over a three year period.

It's a simple and effective system with benefits on anti tanking and a sustained team building approach.
Posted by The FMI at 17:19