No matter how you write it - years, weeks, days, hours - its a long long time between drinks. 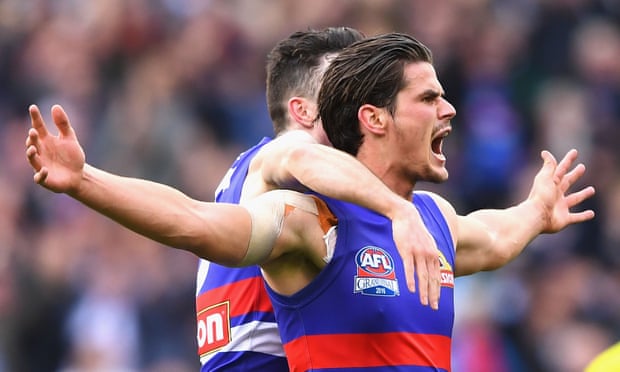 So we didn't tip the winner, but when the story of winning, after 62 years, is a good as it was... who cares about tipping.


So the final rankings table for the end of the year rounds out with Sydney on top, and the Western Bulldogs 7th but approaching 6th placed Hawthorn.

At the start of the year, the FMI calculations determined the Bulldogs to be a 44% chance of making the finals, and half of that number was located in 7th or 8th ladder position spots.
Sydney were a 3% chance to finish top, and a finals lock at 90%.

Heading into the finals, the below table was published that listed the chance of making the grand final for 2016 to be 58% for Sydney and only 1.33% for the Bulldogs.

Unpublished then, but calculated, was the chance of winning the Grand Final from the eight teams involved after round 23.
Sydney were expected to convert their 58% appearance chance into a 41% chance to win. Clearly the best premiership expectation of the eight teams.
The Bulldogs on the other hand had only a 0.43% chance of winning the flag. Not the lowest (which was North Melbourne at 0.13%), but a clear gap between themselves and the next best.


In working out those chances, the game outcomes are determined by expecting a team to perform to its ranking level, with a variance around that level. Both teams have a game outcome determined using that method, and where the variance overlaps is where a lower ranked team is likely to defeat a higher ranked team.

So as an exercise in plotting this Bulldog Premiership Coup from 7th place, the expectation calculations have been worked backwards and the tables below generated.

In these, the idea was to determine how far over and above their rankings the Bulldogs would have had to play to win against the odds.

Away at Subiaco aghainst last years runners-up.
At the MCG against the reigning premiers.
Away again against the League-built machine.
And finally at the MCG, against the minor premiers and the best team under the FMI rankings.


The below 'Performance rate to achieve result' works the known result back into each teams rating to determine how much over (or under) their current ratings both teams played. Assumption on performance based on a 50/50 split of performance - i.e. Bulldogs improved performance and opponents reduced performance having an equal contribution. The rating they would have played at to achieve the result is then compared to their pre-game rating, generating the differing percentages.


In all four games, The Western Bulldogs performed at levels consistent with the top two ranked teams, and for the West coast game they played well beyond this seasons best ranked team.

Which is a certain way to win yourself a premiership. 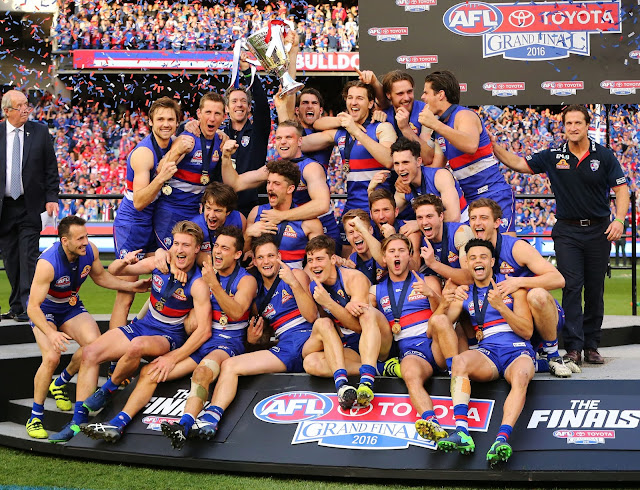